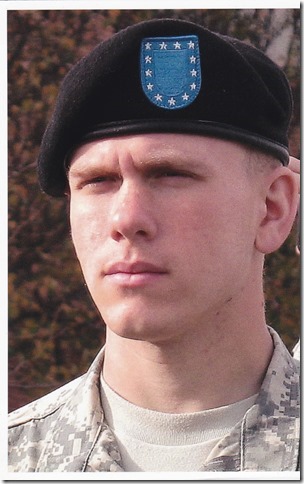 My dear son Trevor Hafner decided to take his life on August 8, 2008 at the age of 22.  He struggled throughout his life with depression and received mental health treatment beginning at a young age.  During his school-age years he was the victim of bullying and my heart would ache for the emotional toll it had.  He was very intelligent and would beat me handily at card and board games.  He was a voracious reader.  Although I was wary of his decision to enter the Army, the camaraderie seemed to benefit him.  After he was injured early on in his enlistment, the Army decided to give him a medical discharge.  This devastated him and that began a downward spiral.

My grief was initially unbearable but my participation with the DES foundation has helped me and hopefully others learn to cope and move forward.

Oh how I love and miss you son!  Mom

Return Home to "In Memoriam"